The first photos from the set of Steven S. DeKnight's Pacific Rim 2, Maelstrom have surfaced online! Lead actor John Boyega, who plays Stacker Pentecost's son in the film was photographed while on-set in Sydney Australia, sporting a tattered coat and a gash below his left eye. The current look for the young Pentecost could insinuate that the scene being filmed follows a devastating Kaiju attack, where Boyega is one of the few survivors. Also, Boyega is seen holding a flask-like prop in his hands in each shot. This could very well be nothing more than a water flask, or it could be a piece of Jaeger tech - we're not sure. The expression on Boyega's face seems to indicate he is searching for something. If he were admiring devastation, surely he would look more distraught.

This leads me to believe he may even be salvaging a fallen Jaeger, much like Rey salvaged old Imperial ships at the start of Star Wars: The Force Awakens. The attire Boyega is seen wearing does not indicate Jaeger Pilot status and more so reminds me of Charlie Hunnam's attire while he worked on the Kaiju wall in the first Pacific Rim (seen below). 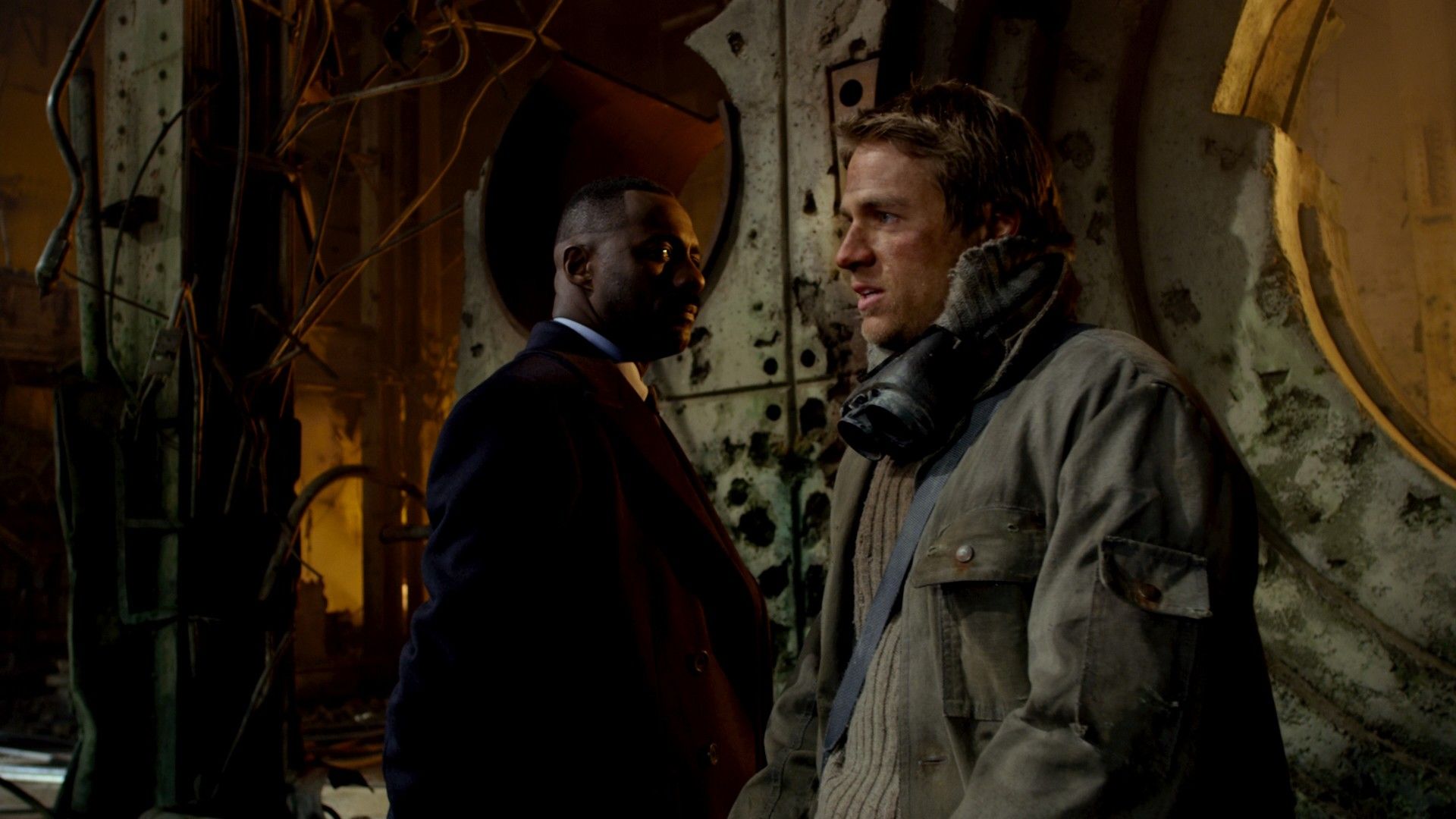